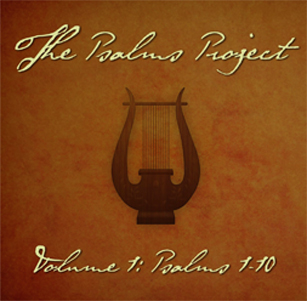 I love the Old Testament. I've loved it from the first time I read it as a fourteen-year-old struggling through the confusing names, places and stories, but enthralled with the sense of discovering hidden treasures. In the years since I've read it at least a dozen times. The more I read it the more the stories, the names, and the places make sense and become more intriguing. Yet, despite my love for the Old Testament there is one part that I dread every time I read it-- Psalms.

It has always been my least favorite book of scripture.  It is long, has no recognizable story or characters, is repetitive, and just sort of boring. In fact, I'd assumed that most people didn't enjoy Psalms but have recently had cause to recant that opinion.

On my most recent reading of the Old Testament I was rapidly approaching (and dreading) the book of Psalms when I went to the adult session of Stake Conference. I was amazed when the temple matron (our temple is Winter Quarters) got up and spoke of her love for the Psalms. She spoke about them in such a loving, personal way and I realized that I had been missing something important. Afterward I went up to thank her and admit my dislike for Psalms. She smiled, a big knowing smile,  and said, "Oh, they aren't meant to be read. The word "Psalms" means "songs". They are hymns. You have to sing them!"

I thought about her words, but I knew that I wasn't musically talented enough to put anything to music... let alone ancient scripture. So, when I reached Psalms in my personal study I promptly skipped over it again and went on to Proverbs.

Then one day, as I was preparing to teach my Seminary class about Psalms it dawned on me that other people had probably already done the hard work of putting the psalms to music. I began scouring the Internet for people who had already put the psalms to music. I found lots of them, but quickly realized that some were better done than others.

My very favorites were done by a group I found called The Psalms Project, who have the goal to put all 150 Psalms to music. So far they have done Psalms 1-20, with the next ten on the way. I listened to some of them online and then wrote to the group and asked if they would be willing to send me copies of their CDs to review for my blog, which they did. I've been using the CDs for my scripture study, listening to the Psalms as I follow along in my scriptures. For the ones they haven't done yet, I've been listening to this YouTube channel.

Best way ever to read  Psalms! 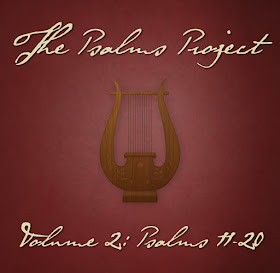 I've listened to many of these psalms over and over again. The Psalms Project brings them to life in a way that reading them can never do. Like the temple matron said, the Psalms weren't meant to be read. Its like reading through our modern day hymnal without having any idea what the songs sound like when put to music. There is still much wisdom and doctrine to be gleaned from them, but they don't come alive until you hear them.

I've found the same is true for the Psalms. Listening to them, while reading along in my scriptures,  has brought them alive for me. They have touched my soul and I've felt my own soul join in the song as I've caught the message King David and the other psalmists were trying to convey. The Psalms Project has done a good job at capturing and conveying the spirit of each one, even if sometimes the words don't match what is written in the KJV. As Shane, the director of the band, said,


" I use a combination of Bible translations, primarily the ESV, KJV/NKJV, and NASB, to put the lyrics together. I also study the Psalms extensively using commentaries and the original Hebrew to make sure we are capturing “the essential meaning of every verse.” I do not follow any specific translation word for word, though some songs may come somewhat close. I try to balance faithfulness to the literal text with the aesthetic quality of the song."

Even though it isn't always word to word to what is in the KJV, The Psalms Project's interpretation of the psalms has really helped me understand what each one is talking about, and more importantly what its message is. Here are a few of my favorites:

My only critique is that some of the Psalms are a bit too "rock and roll" for my liking. I feel like the Psalms should be hymns, and there are a few where it is hard to understand the words at times because the music gets overpowering. Still, the majority of them are beautifully done.

I have so loved studying the Psalms this way. It has transformed my opinion of them. I now understand why the temple matron loves them so much. They are beautiful and touch the depths of human emotion and our relationship with God. King David had a full life, full of joy and sorrow, and faith and doubt and his psalms capture it all. I'm now excited, rather than dreading, working my way through all of 150 of them.

I am just as excited that The Psalms Project gave me a set of CDs to giveaway to one of my readers! If you would like to start your own journey of the Psalms please use the widget below to join in.