2015, you have been good to me this year. I'll be sad to see you go, but excited to see what 2016 will bring! My favorite {blog} tradition is sharing a review of my most popular posts of the year. So just in case you missed any of them (or want to re-read your favorites) here are my five most popular posts of 2015, in order of popularity. 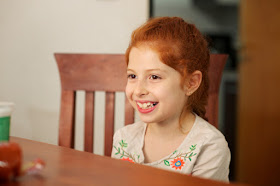 
Last Sunday I substituted in Primary, the 6 and 7-year-old class. Our lesson was on the priesthood and its blessings. I started my lesson by making pinwheels with the children and talking about how there are powers (like wind) that you can't see but still have the ability to do powerful things. I then moved into making the example about how God's priesthood power is similar.  It isn't something we can see with our eyes, but that we can feel it and see it by watching what it does.

Not long into our discussion of priesthood a sweet little red-headed girl beside me pipped up and exclaimed, "Well, that isn't something girls get. I won't ever get the priesthood."

She said this matter of factually, without any trace of anger or disappointment, but there was something in my spirit that rose to the surface. I heard the unspoken question in her voice and knew I couldn't let this remark slide by. So I looked her straight in the eyes and said, "That isn't true." 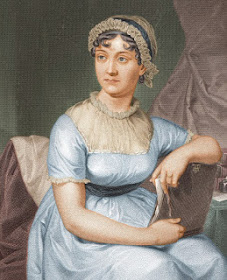 
My junior year of college I signed up for a women's literature class as part of my Women's Studies minor at BYU. Shortly before the class began they notified us that there would be an instructor change, but since I didn't know either instructor I didn't think much of it. When I went to go buy my books for the class I noticed that there were two very different sets of books on the shelf. The first set was composed mostly of Jane Austen novels and several other books from the same time period, all by women authors.

The second set, which were the ones I needed for my class, looked way more interesting to me. There were books on Jungian psychology, Native American women's memoirs, poetry, and titles like "The Goddess Within". I secretly congratulated myself on somehow avoiding the women's literature class that would have just read Jane Austen novels all semester. I couldn't see how there would have been anything interesting, feminist, or important to say about women from those books. Weren't they just love stories?

My women's literature class turned out to be one of my favorite classes of my college experience, and so many of the things we talked about shaped how I see the world and women's experiences. In fact, I think that it was that class that really gave me the courage to get married even though my parents had recently divorced and I was terrified of the idea. In many ways I think that the instructor change for that class may have been a tender mercy in my life.

Yet recently I've been wishing that I could go back to school and take women's literature again but from the other professor, the one who assigned all the Jane Austen books. I would be so interested to know what she had to say and what themes and ideas we would have discussed. This is because a few months ago I watched this lecture by Christina Hoff Sommers about the history of feminism. 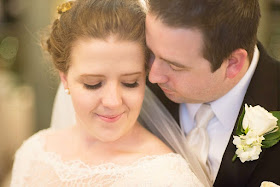 Really, it was perfect in every way. Even the torrential rain was perfect, because as she optimistically told me in the Bride's dressing room in the temple, "A wet rope makes a tighter knot. So it is good luck to 'tie the knot' on a rainy day!"

Her day was also special for me because she asked me to speak at their ring ceremony. Her husband's (that feels so weird to type) family are not LDS and  since they couldn't go inside the temple they had a nice event where they had speakers and exchanged rings. With her permission I'd like to share what I said at the ring ceremony. And just so you can get the full effect, here is the photograph the photographer took of me giving it. I just about died that I had to read it off my phone (I had printer problems) but I think it turned out okay anyway. 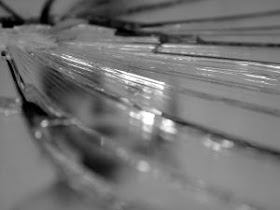 Divorce is as Hard as Death

Eleven years ago my aunt died. She was an incredible person-- beautiful, vivacious, kind. Her death was completely unexpected and it was a tragic shock for her three daughters and for our entire extended family. When my Dad called to tell me she had died I was at work, and since I was living near my aunt and uncle's I headed straight to their home after I got off. When I got there the room was dim and full of people mourning and comforting my uncle and his daughters. For a long time I sat with my arm around my cousin (we are about the same age) as we mourned the loss of a great woman. We shared stories about her, we looked at pictures, and we cried together until our faces were raw . It was a sad night but there was something sacred and holy about it as well.

Three days after my aunt's funeral I got another phone call from my dad, this time much more frantic and upset, telling me that he had come home to find a moving truck emptying our house of all the furniture and a note saying that my mother was leaving him. She'd taken my two sisters and he didn't know where they were. In those moments as I cried with my father on the phone it felt like the world had come crashing down. My mother had been struggling with mental health issues for years, but things had been going better and I hadn't been expecting this. 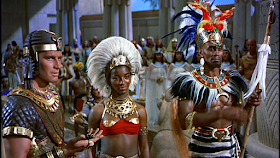 
Though this Ethiopian woman's identity is largely a mystery, there are several possibilities about who she could have been that add depth and understanding to this story. Whoever she was, and however she ended up being married to Moses, it appears that her situation was highly usual and prompted hard feelings between Moses and his siblings.

Still, it is important to remember that while her marriage to Moses may have been that catalyst that prompted Miriam and Aaron to speak out against Moses, she wasn't the real problem. Miriam and Aaron had a bad case of spiritual ego that was incubating way before this event happened.

Like I said, this woman's identity is a mystery, but I think there are three different situations in which she could have become Moses' wife:

Have a wonderful New Year and don't forget to ask for your New Year's miracles!