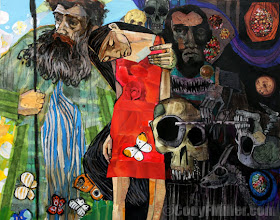 Hosea, or Hoshea, was a prophet at the time of King Jeroboam II. He preached during a time when the house of Israel was in a state of great wickedness and decline. His primary message was the power of God's love for His people. God used Hosea's marriage to Gomer and their family as analogy of His undying love for the house of Israel and His willingness to gather them back into His house even after they had gone astray. Hosea's writings and preaching greatly influenced the prophets who followed after him including Isaiah, Jeremiah and Ezekiel (see Isa. 40–66; Jer. 2; 3; Ezek. 16; 33).

- She was unfaithful to Hosea and conceived children by other men (2:2-4);
- She "played the harlot" and sought after lovers who could give her bread, water, wool, flax, oil and drink (2: 5);
- Unknown to her, Hosea continued to supply her with corn, wine, oil, gold and silver, even though she was running around with other men and making offerings to Baal, a false idol (2:8);
- She was lewd (2: 10);
- She participated in rituals relating to idol and goddess worship such as feast days, new moons, sabbaths (different from the Jewish one), and solemn feasts (2:11);
- She had vines and fig trees (symbols of goddess worship) that she claimed were rewards from her lovers (2:12);
- She burned incense to Baalim and decked herself in earrings and jewels to go after her lovers (2:13); 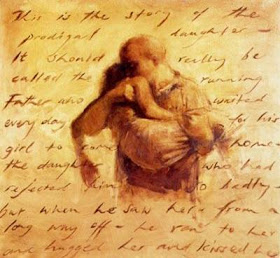 The story of Hosea and Gomer is one of the most tragically romantic stories in the whole standard works. Not only is their story a powerful allegory of God's infinite capacity to love and to forgive but it also teaches us important lessons about the sort of love and forgiveness the Lord expects from each one of us.

It seems strange that God would command a man as good and righteous as Hosea to marry a woman that he knew would not stay faithful to him. Perhaps it was because God had important lessons for Hosea to learn or because God loved Gomer and wanted to give her the best possible opportunity. No matter the reason Hosea married her it is apparent that he loved her deeply and that he never stopped loving her, even when she treated him poorly. Gomer had been very blessed but she failed to recognize it and threw away happiness by seeking after illusions and self-fulfillment.

As I read her story I realized that, just like Gomer, I often don't realize how good I have things and am apt to take my blessings for granted. In fact one of the parts of Hosea and Gomer's story that touches me the most is the way in which, even when Gomer was running around with other men and worshiping idols, Hosea still took care of her and made sure that she had the food and money she needed to survive... all without her ever knowing who it was who was giving it to her. I know that that is the way that God often works in my life; even though I do things that hurt Him or disappoint Him he still supplies me with the food, the air, the shelter, the body, and the strength I need to keep living. His love for me is so great that He grants me blessings even when I don't deserve them.

It is also interesting that in many ways Gomer's story is similar to that of the Prodigal son, found in Luke 15. Both she and the Prodigal son didn't realize the blessings that they had until they had exhausted all their resources and were as low as low could go. In the end, Gomer made huge mistakes and Hosea had every reason to abandon her and to be angry with her. Yet he didn't. In what was symbolic of Jesus Christ's sacrifice for us, Hosea paid a great price for Gomer, saving her from a life of servitude, and brought her back into his house as his wife. Each and everyone of us is in some way a "Gomer". We have each made mistakes and trespassed against our Lord and it is only because of His infinite love for us that He paid the high price and saved us from the bonds of slavery. Yet, not only did he save us but, like Hosea did for Gomer, he offers us a place of honor in His house and promises us all that He has.

Gomer's story is such a powerful testimony of God's love. It bears testimony that God never stops loving us... no matter what we have done have done... and that we can always come home.

And on a completely unrelated note:

Can I also say that I LOVE it that we get this little tidbit about Gomer's life that, "when she had weaned Lo-ruhamah, she conceived" (1:8). It is these little tidbits of personal information in women's stories that I LOVE finding. It helps me remember that these were real women and that they weren't all that different from you and I. I wish we had more personal details about women's lives in the scriptures but it is always a treat to me when they are there!

Questions to Think About:

For teachers: I found this lesson plan and thought it might be a good resource for teachers wanting to use this story in their classes. This is a little known story, but it is such a powerful one, and it would be nice to see it taught more often.