Archetypes Instead of Stereotypes

Not long ago I was listening to a conversation and I heard the speakers talking about the "stereotypical woman". Some women in the group were adamantly stating that they weren't her and didn't want to be her, others said that they felt pressure to be her, while several women said they'd been spending most of their lives trying to be her. There was real pain, anger, confusion and frustration in theses women's voices. Yet after about the eighth or ninth time they mentioned this "stereotypical woman" I wanted to stop the conversation and ask these women what in the world they were talking about.
I wanted to ask them why they were wasting their time obsessing over an illusionary woman. I wanted to ask them if they knew that each person's ideal is based off their own experience, their culture, their situation in life, the judgments they make, and how they perceive themselves viewed by other people. In truth, none of those women were talking about the same "stereotypical woman"; they each had a different stereotype constructed within their own head and it probably was not the same as the other women's. No wonder they were miserable.
Stereotypes are illusions.... dangerous ones...and are not based on truth. In all their forms stereotypes destroy creativity, individuality, perpetuate injustice, and infringe upon agency. They are Satan's counterfeit for the real thing... archetypes.

Stereotype: An unvarying form or pattern; specifically a fixed or conventional notion or conception, as of a person, group, idea, etc. held by a number of people and allowing for not individuality, critical judgment, etc.
Archetype: The original pattern, or model from which all other things of the same kind are made.

Can you see the big difference between these two words? A stereotype aims for things to be the same. Much like Satan wants us to all be the same-- no agency, no individuality, no deviations from what he wants. He tries to teach us that we need to fit into a certain rigid form. He makes us believe that if we aren't doing everything the man next door is, if we aren't as "good" as the people in our church, or if we don't dress or look like the woman down the street then our value decreases. Hell is paved with stereotypes, which is why no one likes being stereotyped.
God on the other hand glories in diversity. You only have to take a brief glance at the world and it's millions of types of insects, plants, and animals to discover that fact. Not one of God's creations is exactly the same, they are each unique. Yet each monkey, tree, beetle, snowflake or person is derived from a divine archetype and possess unique characteristics that make it what it is.
God has told us that for each thing he has created he has an original pattern. In D&C 29:31-32 we read that,

and in Exodus 25: 9 and 1 Chronicles 28:11-12 that both Moses and Solomon were given divine patterns to follow as they constructed the tabernacle and the the temple. Also in Hebrews 8:5 Paul explains that priests who serve in the temple "... serve unto the example and shadow of heavenly things."
Everything-- no matter how diverse it may appear-- is made or fashioned after a divine pattern.
For example, there are 350,000 different species of beetles on the earth. When scientists discover a "new " type of beetle they look at certain archetypal characteristics it has that make it a beetle. In the case of a beetle scientists are looking for a sheathed wing and several other physical characteristics and traits. This means that the variety in beetles is huge, but that each one is unified by certain characteristics that fit the "pattern" scientists have defined for beetles.
By way of illustration, here is a rhino beetle 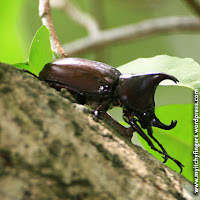 and a lady bug 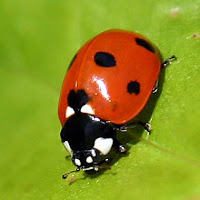 they look totally different, are much different sizes, behave very differently, live in totally different parts of the world, and have totally different life experiences... but they are both beetles.
In a similar sense all men and women are created in archetypal images as well... the image of God. In Genesis 1:26-27 it reads,
"And God said, Let us make man in our image, after our own likeness..."
It is significant that God says that he makes man in "our" own image, implying that God is not a singular title but rather plural. We get further clarification on this a verse later when we read that,

So right in the first verse of Genesis we learn three important facts. We learn that "God" is a plural title, that God is both male and female, and that man (also a plural title) is created in the image of God, male and female. It is also interesting to not that in Hebrew the word for God used in Genesis is "Elohim" which is the plural form of "eloah" which means "God." Almost always when the title of "God" is used in the Bible it is the plural form of the word.

Each human being is created in the image of God, which is male and female. Our masculinity and femininity originates with God and is patterned after a divine archetype. Understanding and discovering that archetypes is the work of a lifetime and one for which all men and women are searching-- whether they realize it or not.

I think the frustration and insecurities the women I was listening to were expressing was the feeling of being judged by, or feeling they had to fit into, one of Satan's stereotypes. They were trying to pattern their lives after flawed worldly principles and seeking after illusions of happiness and fulfillment. Instead they should have been seeking to discover their archetypal qualities, discover in whose image they were created, and pattern their lives after eternal principles.

I think Jeffery R. Holland also illuminated this concept well with his "Parable of the Homemade Shirt." He said

"... My mother, bless her, was a marvelous seamstress. In my childhood years, when money was short and new clothing hard to come by, she would sometimes make clothing for us to wear to school. I would see a shirt in a store window or in a mail-order catalogue, and my mother would say, “I think I can make that.” By looking at the shirt as closely as she could, she would then cut cloth and put in seams to a degree that was close to the expensive original.

I pay her the tribute of being both willing and able to do that. But she didn’t like to do it that way. While she could study the commercial product and come close, what she really wanted was a pattern. A pattern helped her anticipate angles and corners and seams and stitches that were otherwise hard to recognize. Furthermore, if she went back for a second or a third shirt, she was always working from a perfect original pattern, not repeating or multiplying the imperfections of a replica.

I think you can see my point and hers. We are bound to be in trouble if a shirt is made from a shirt that was made from a shirt. A mistake or two in the first product—inevitable without a pattern—gets repeated and exaggerated, intensified, more awkward, the more repetitions we make, until finally this thing I’m to wear to school just doesn’t fit. One sleeve’s too long. The other’s too short. One shoulder seam runs down my chest. The other runs down my back. And the front collar button fastens behind my neck. I can tell you right now that such a look is not going to go over well in the seventh grade."

When we try to patten our lives or our perceptions of masculinity or femininity on worldly or stereotypical images we find ourselves unhappy with the finally product, because like Elder Holland said we've tried to make our shirt from a shirt that was made of a shirt that was made of a shirt. God has given us an original pattern to follow and He said, "I will give unto you a pattern in all things, that ye may not be deceived." (D&C 52:14). Archetypes or divine patterns are given to us to know the true way in which we should construct our lives, our families, and our understanding of manhood and womanhood. Yet just because something is created out of the same pattern doesn't mean that each one has to be the exactly the same.

When we free ourselves from the trap of stereotypical judgments then we no longer force ourselves to live in the world Satan has designed-- a world that is bland and ugly. Instead when we begin to focus on the divine pattern and see our similarities rather than our differences we begin to see as God sees. We enter into a whole new world-- a world full of colors, sizes, smells, shapes, opinions, passions, talents, faces, and choices...

because it is patterned after the divine.