This post originally started as a response to some of the comments I got on my "When is it Art? When is it Pornography?" post but then it got too long and I figured it needed to be a post all of its own.

I've had a bit of a change of mind since I originally posted my comment in response to what other readers had said that stated that I was going to keep the book and all its pictures. In the comment I'd said, "... just have to make sure to talk about it at a young age with my son and daughter and I think you are all right... it will be a GREAT teaching tool."

That was my original decision about the book, but that evening as I sat down and talked more with my husband about the pictures and about how we, as a family, were going to define pornography. After talking about it we realized that an accurate definition of pornography for us is... anything, no matter what the medium, that is intended to sexually arouse.

With that definition we both went back through the book and decided that those pictures were intended by the artists to be sexually arousing. I think Michaela explained this very well in her comment, she said:

" Artists make decisions about what to include in their art based upon the emotional response that they want to evoke in their audience. Based on the way you've described those paintings being set, the stage of the stories depicted involve the suggestion of sexual intercourse (prevented as in Judith, and impending as in Esther). The artists meant for viewers to think of this in order to locate the scene in the story. Therefore, the painters made bare-chestedness as sexual suggestion necessary to the painting for viewers to understand it. But because it was meant to evoke those feelings, this means that those paintings ARE pornography. And not only is it pornography, it is pornography of the most insidious and deceptive variety because it is being presented in a biblical context. Just ask yourself, how would Satan try to get good church members pulled into pornography? By packaging it as Bible art, of course!'

In the end my husband and I decided to keep the book but to tear out the pictures which we (especially my husband) felt were pornographic... meaning their intent was to sexually arouse. We didn't tear out all the nude ones, for example we kept Michelangelo's Sistine chapel pictures depicting the creation of Eve, because the nudity was about the creation of their bodies and not the fall, which often times was synonymous with sexual transgression to many early artists. Yet there were other Adam and Eve pictures that we did tear out because we felt they were sexually charged.

I know that this might seem extreme to some of you but it was really eye opening to me to see that out of all the comments about the pictures all the males boldly stated that they felt they were pornographic and that there was not a difference between art and pornography.

For example here are snippets from two comments I got from male readers:

Joseph said: "I am appalled at how so many of them [women commenters] still feel it is appropriate to exploit that sacredness just to teach a lesson to their boy. I noticed that all the comments came from women. I wish I could comment on each one of them and tell you why I feel they are so terribly wrong in saying it is ok to expose a young boy to the “art” of the woman’s body... You’ve heard the story of the king who needed a carriage driver and wanted to test them on their skill on a road through the mountains with a steep cliff on the side. He tested three of them. The first two came within inches of the edge and boasted of their great skill. The third told the king he stayed as far from the edge as he possibly could for safety’s sake. The third was obviously hired. You have been entrusted with a great gift in your son and the question to ask is how close to the edge are you willing to get without sending him careening into the chasm of pornography? My suggestion is to get as far from the edge as possible. Not everything good is right."

"I know how I and my friends thought in our youth, and the artistic intentions of an artist did not make seeing a nude female any less stimulating. The medium didn't matter. Photography may be more enticing or arousing than painting or sculpture, but that does not make painting or sculpture somehow "safe." ... there is no line between art and pornography; art that arouses sexual appetites IS pornography. "

After reading these comments and talking more in-depth with my husband I discovered that, as a woman, I have a much higher "threshold" for pornography than I realized. I was amazed that when I looked at these pictures I saw a beautiful, strong woman without a shirt on while men-- really wonderful men at that-- saw sexual arousal. I didn't realize that I'd become so desensitized to the sexualization of women's bodies that it seems acceptable and even beautiful to me sometimes.

Then I read this post "Mother's Who Should Know Better" LDS Ark Culture Embraces Pornography" by Misfit Cygnet and really had my eyes opened. PLEASE take just a few minutes and read that post... especially if you've ever read the Twilight books or have let your daughters read them.

I realize that I have been allowing much more filth into my life and into my home than I should be permitting. This really bothered me and my husband talked it over and decided to create a Zero Tolerance policy about pornography in our home. 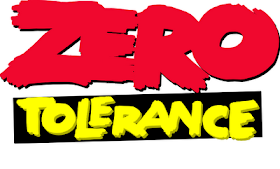 When I was in High School we had a Zero Tolerance Policy about weapons, meaning that anything that even remotely resembled a weapon, no matter how harmless it appeared, was promptly (with its owner) removed from the campus. Having a Zero Tolerance Policy in our home concerning pornography means that anything that is even remotely designed to sexually arouse, no matter how harmless it may seem, will be promptly removed from our home. Enforcing this policy has meant that we have had to change some some of our habits. We've gone through our house and examine each picture, movie, television show, magazine, book, CD and piece of clothing we own and if it any part of if is intended to sexually arouse- there by making it pornography-- then it has been thrown in the trash, turned off or cut into rags.

Seeing the pile of "pornography" we found in our home really drilled it home to me how immune I've become filth. I realized that more than anything I want to make my home a safe haven for my children, a place where they can escape all the filth the world throws at them. Having that security is SO worth the small price of giving up a few DVDs, getting rid of some pieces of clothing, and tearing out a few pictures. Like Joseph mentioned in his comment, I’d rather stay as far away from the edge as I can… rather than one day discover, tragically, that I was pushing it too close. I realize that every family has to make their own decisions about what or what not to allow in their home, but this is what we've decided and in the end... it feels really good for us.

Side note: Let me be very clear that I don't think that breastfeeding falls anywhere near the line pornography. Personally I breastfeed in public, sometimes I cover and sometimes I don't. I know that when I breastfeed I am using my breasts for what God designed them for. My intent is anything but sexual. It is not my, or my baby's, fault that we live in a world that has overly sexualized breasts so that many people can't look at them any other way. There weren't any pictures of women breastfeeding in the book, but if there had been we wouldn't have torn those ones out.
Heather@Women in the Scriptures at 2:44 PM
Share